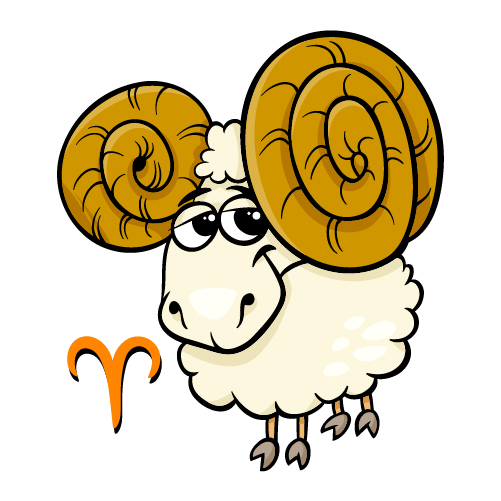 If you were born between 21st March and 20th April your zodiac sign is Aries which means you’re a born leader. But then you wouldn’t know the moment you meet someone what his zodiac sign is or do you? Well, one of the most distinguishing visible characteristics of the Aries person is his ‘big head’” or should I say larger than the normal head?  One could even go so far as to say that Aries does think quite highly of himself and imagines himself to be the centre of attention and if that’s not possible, will make sure that others notice him by drawing attention to himself even by throwing a tantrum. Now if that sounds mean, let me say,   Aries does have oodles of charm and the greatest ability to attract others which is almost a fine art with them.

Believe it or not, the Aries character is capable of doing so from the day he’s born, and even though these personality traits can be charming in a bouncing baby, the same in an adult Aries makes him look self-absorbed that people tend to think of him as a selfish being. His problem is that he disregards or brushes away all obstacles in his path as if they didn’t exist and go on his own sweet way not realizing the destruction he has caused en route.  Being headstrong,   and impetuous, they don’t really mean any harm to anyone.  It’s just their way of doing things and will most probably be very surprised if someone accused them of being selfish.

Being full of fun, an Aries man is never at a loss for friends and has the ability to attract people like bees to a pot of honey.  The question is how long they can keep them because of their inability to recognize the true worth of friendship.  Aries men are fearless and will go all out to get what they want. This is another sign of their reckless nature that disregards everything in their path to reach their goals. Being also confident and headstrong they have a habit of goading people to a fight just for the fun of seeing how they react. Although very quick of mind and very agile, their short attention span means they never complete a job undertaken and prefer to flit from one project to another which is unfortunate because they can do whatever they put their minds to if only they had the staying power.

As for the Aries woman, they’re the type that heads a large business or is the CEO of a company and can be regarded as the typical modern woman full of ambition and goals. The home and hearth is not for the Aries woman and their huge ego will not make them the kind of woman that the man comes home to in the evening expecting a hot meal. Extremely successful in what they do, they are also very independent and ever ready for a challenge in the business world. The mere thought of staying at home and looking after the kids will make them run away in horror and they will never accept that a woman cannot do everything a man does.  Anyone looking for a clingy, adoring lady to come home to;  should forget about the Aries lady because she’s the type who’ll fight tooth and nail for what she thinks is her right, but will never be dependent on anyone even if her life depends on it.

Aries compatibility with other signs of the Zodiac:

Aries make good partners with Sagittarius, because of their love of freedom and independence and the same can be said of Aquarius who also loves adventure and can be very unpredictable at times.  Aries and Leo too can be together if they don’t try to fight for leadership. Gemini is also compatible because they love trading stories.     There are of course many other factors that go into the making of a perfect couple and therefore it’s left to the people concerned to thrash out their problems and see if it’s possible to meet each other halfway.