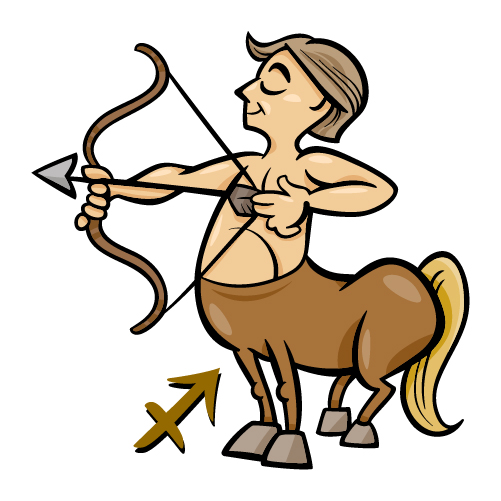 What do we find when we come across a Sagittarian? Half man half horse with the bow and arrow pointed towards the sky, is the Sagittarian searching for the meaning of life? Maybe they’re just seeking for the truth because those born between 22nd November and 21st December are generally full of morality apart from entirely trusting worthy with their thoughts mostly directed toward the spiritual and the realms of heaven. They value freedom more than anything else in life and are always ready to take a risk or accept a challenge no matter what the outcome is. The Sagittarius is so optimistic that he never imagines he could ever be in trouble and this trait makes him a very cheerful person full of life and enthusiasm. Since he never expects the worse, he has the capacity to stand up and start all over again even if he takes a fall during his many adventures.

Being a happy go lucky creature, and a very honest person, the Sagittarius male has a weakness of trusting everyone he comes across and this puts him in hot water most of the time. But the very nature of his personality makes him brush away his misadventures and go forward in life and he has enough luck to help him keep achieving whatever he desires in life. They are however not very diplomatic and has a way of saying things very bluntly that could hurt a lot of people. Being a man that loves freedom, the Sagittarius male is very open in associating with the opposite sex, which unfortunately makes others think of him as a flirt. His love of independence makes a Sagittarius refrain from commitment but once committed, he can be extremely loyal and faithful to his partner. His sense of morality makes him care for his elders while a Sagittarian male makes a very good dad indeed.

The female Sagittarian is very outspoken and honest that she tends to create controversy when she opens her mouth. Never one to care about what others think of her, she’s well balanced and does not have an iota of imagination and lives in the here and now while believing in what she can see. The female Sagittarius too trusts blindly which is most often taken advantage of by the unscrupulous. Not one to cry over spilt milk however, she has the strength to stand up and carry on with her life and will make sure that the same mistake is never repeated. Just try to curtail the freedom of your typical female Sagittarian and you will see what she’s exactly like. Being of a headstrong disposition, she can never be ordered around, but will very happily accommodate any request if done in the proper way. Like the male, she too avoids commitment and will keep studying a person before getting into any kind of relationship. But when she does, there can be none better than a female Sagittarius who will make a wonderful and faithful partner for lifelong.

Sagittarius Compatibility with other signs of the Zodiac:

Aries make great partners for Sagittarius because of the similarity in their personality traits. They both love adventure and romance and have the ability to work well together be it in business or romance. Their flirtatious natures will keep their attraction an ongoing one. The Sagittarian, Sagittarius couple has a strange attraction because they’re the opposites of each other. Both partners being intellectual might have something to do with it and most relationships between these two zodiac signs are said to end in marriage.