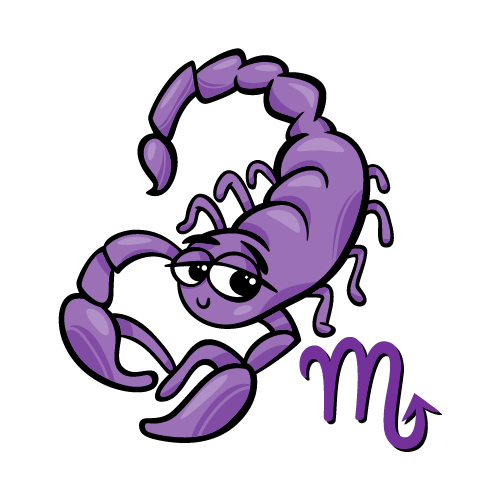 The Scorpio which is symbolized by the sign of the scorpion is born between the 23rd October and 23rd November. Like all other zodiac signs, they have their share of positive traits as well as weaknesses that make them unique and different from others. Scorpios are usually successful in life mainly because of their inborn determination to make a go of whatever they are involved in. Looking at a Scorpio you will never be able to guess how intense and passionate they are because they have such a calm exterior and dignified looks that most people are fooled into thinking they lead peaceful lives. They also have huge egos and tend to think no end of themselves which is one of the reasons why a Scorpio will never let anyone that tries to tarnish his reputation get away with it. A naturally revengeful and jealous nature with a temper to match, a Scorpio will not care if it’s a friend or foe before he lets them have a tongue lashing they are not likely to forget in a hurry.

In spite of all these negative traits, a Scorpio man can be very sensitive which leaves him open to getting hurt most of the time. He can also be very jealous and possessive and does not like the idea of anyone trying to override him. Any woman getting into a relationship with a Scorpio man will not know what hit her because it will surely be an out of the world experience. Scorpios value honesty very much and as long as your man knows you’re faithful to him and are able to talk to him about your feelings, you can expect to be treated with all the love and passion a Scorpio is capable of.  Never nag him if he’s in a bad mood because even he does not understand what makes him behave like that. He also has the disturbing trait of questioning his partner on every move she makes which can be extremely disconcerting. If the woman is able to overlook these inherent character flaws which the man cannot help he will make a very caring and wonderful partner and a great father to his kids.

A Scorpio woman can be moody and egotistical, yet loyal and caring at the same time. They have wonderful deep penetrating eyes that can talk to you without mouthing a word. It’s as if she can look deep into your soul and know everything you’re feeling which can make you feel weird but in truth, she is very intuitive and knows whom she can trust and whom to stay away from. Being very ambitious and determined to achieve whatever target she has in mind, a Scorpio woman will not let little problems deter her in any way and will trudge on with awesome determination until she reaches her goal. Although she can be very charming and ladylike in her behaviour, she’s not one to socialize much; but will be ever ready to help someone if she thinks he or she is worthy of her support. One word of caution though, a woman Scorpio can be as jealous as her counterpart, so never ever dream of playing around because her backlash will flay you alive or you can bet your life she will take her revenge eventually.

Scorpio compatibility with other signs of the Zodiac:

Compatibility with a Scorpio, man or woman is a very complex issue that cannot be gone into easily because where love is concerned, most zodiac signs don’t match the Scorpio. The best relationship, however, is with a Gemini who with his creativity can easily be on the same wavelength of the dynamism of the Scorpio while their compatibility in sexual matters ensures a very interesting if volatile partnership.