HomeHoroscope PersonalitiesTaurus – Steady, warm-hearted and lover of luxury; but beware of the volatile temper 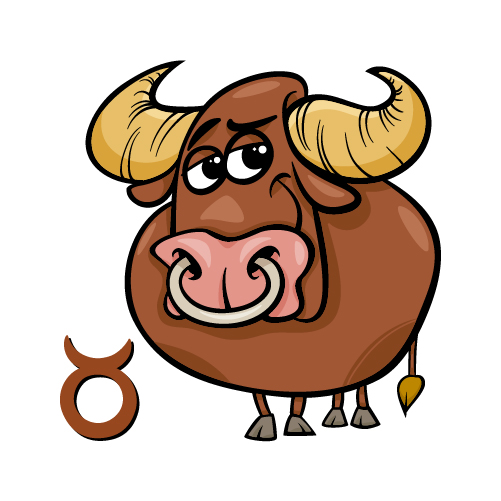 Taurus the sign of the Bull is for those between 21st April and 21st May and is symbolic of stability, determination, loyalty, and warm-heartedness among many other positive characteristics. Taurus people are generally considered to be good human beings who love peace and harmony and can be trusted to carry on any relationship without betrayal. They like materialistic things and prefer to stay at home surrounded by comfort and luxury. With a taste for high-class amenities and their preference for good food, drink and sex make them attractive partners that are sought by females who like the same things in life. They’re also capable of being utterly romantic when the occasion calls for and make great partners with their warm and loving personalities.

The Taurus male is marked by his intelligence and strength of character and is very determined to have a stable and secure life. They are however conservative and hate to be dominated by anyone and their stubbornness would never make them cow down to man or woman. Being of a reserved nature, the male Taurus hates any type of vulgar behaviour and will never forgive someone who tries to betray him. These traits make him a very attractive individual to the opposite sex. Their love for a woman is always genuine and will go out of their way to show it.  A true romantic at heart, the Taurus male loves to shower gifts on his partner and can at times become very dramatic when declaring his love for a woman.  Betraying a Taurus male will bring out the worst in him not the least of which is his volatile and terrible temper.

Being in love with a Taurus woman can be the ultimate experience for a man because these ladies are true romantics at heart and extremely loyal to their partners. Being of a sentimental nature they yearn for their man to surround them with love and care and contrary to the Taurus man, the female species like to be dominated by their partners. Even though they love comfort and luxury, they will be ready to undergo hardship without whining because of their devotion to their partners with whom they are likely to stick on for a lifetime. Beware however of the jealous nature of the Taurus women which can be monumental if aroused. She can be obsessively possessive if she is not given the attention she craves for and with a temper to match she can make life hell for a man she feels might have betrayed her. She can also be very lazy and stubborn which are also negative traits in the female Taurus. But with the right man, there’s none who could be more passionate and sexually stimulating than a female Taurus, so there you are, all you men out there!

Taurus compatibility with other signs of the Zodiac:

According to zodiac compatibility, Taurus and Capricorn are considered the best combination since both signs have physical attraction and powerful creative forces. They also recognize each other’s strengths and weaknesses and are able to make allowances for them. They could indeed have a very fruitful relationship if they can sit down and thrash out the areas they do not agree to.  Taurus can also have a satisfying relationship with Virgo. It is also not impossible for a Taurus to get on quite well with a Gemini or Aries although they should think twice before forming a partnership either with a Sagittarius or Libra; unless they are ready to compromise on many issues.